AV Rated - What it means: 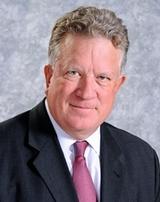 Mr. Daniel has practiced law in Florida since 1989. He is admitted to practice in State and Federal Court.

From 2000 to 2017,  Mr. Daniel was a Trial Attorney with Morgan & Morgan where he represented many injured clients in car, motorcycle and trucking accidents.

He has tried many jury cases to verdict.

Born in Tulsa, Oklahoma, Bill was admitted to the Oklahoma Bar in 1980 and the District of Columbia Bar later that same year after relocating to Washington, D.C. While in Washington, Bill worked as a legal automation consultant to governmental agencies, Fortune 500 Corporations, and national law firms. In this role he developed and implemented computer systems for complex litigation and for the management of legal information.

Bill has focused on civil trial practice with an emphasis on insurance coverage, wrongful death and personal injury matters. Bill has been given an “AV” rating by Martindale-Hubbell, its highest rating  for both legal abilities and ethics.

As an experienced litigator, Bill Daniel is thorough, detailed-oriented and knowledgeable.

Mr. Daniel has been rated AV-Preeminent  by Martindale-Hubbell.